I was inspired to write this post for a few reasons. I recently listened to a webinar titled “The State of Performance Management: What’s Broken and How to Fix It” and I found myself agreeing with a lot of what was being said. More than a lot actually. Pretty much all of it.

The presenter, Kevin Eikenberry, explained that one of the main things wrong with performance management is the term itself. To paraphrase him, we use terms like performance management/evaluation/review/assessment but people don’t want to be managed, evaluated, reviewed or assessed. The terminology alone puts people on the defensive, and leads to anxiety and stress. Who needs more of either? Do you? I certainly don’t. So ultimately it doesn’t get done or it keeps getting put off until the last minute and then it’s done half-heartedly and the results are worthless.

We hear a lot these days about the death of the traditional performance review. Well, that’s a death I won’t be mourning. The terms currently used (see above,) and thus the associated processes, tend to be neither positive nor useful. When people are told they are being managed, evaluated, etc. it automatically puts them in the mindset of being subordinate. When someone is tasked with managing, evaluating, etc. another person, it automatically puts them in the mindset of that person being subordinate to them.

Eeek! Unless you’re in the military or in prison this dynamic sounds pretty undesirable and unnecessary to me. Should there be some type of objective metrics to gauge performance as well as strengths and opportunities for development? Sure. But the process needs to change and it starts with the nomenclature.

Don’t even get me started on rating (for lack of a better term) people on expectations that aren’t clearly defined. (Meets or exceeds? How about what are they?? ) Or rating based on the recency effect i.e things that happened a short time prior to when the review is being done vs. the entire review period. (Great all year but made a mistake last month? No soup for you!) Or subjectivity vs. objectivity. (Self-explanatory.) There is a lot to talk about but this post is about words.

Another thing that inspired me to write this post was my own 2015 “performance evaluation.” I reread it the other day in preparation for the 2016 version. To say I took issue with quite a bit of it would be an understatement. Not because I think I have no room for improvement or can’t take constructive criticism, but because most of the criticisms weren’t actually constructive. They were primarily personal and subjective judgments rather than objective, work-related statements that could be supported by facts or examples.

This may sound like hyperbole but when I asked for examples of stated actions/behaviors that I considered to be negative I didn’t receive any. Not. Even. One. When I explained what the words being used to describe me implied, I was told “I didn’t mean that, I meant this.” However, that is what was written down and what will be attached to my employment file, without further explanation or clarification. So yeah, I was none too happy about the whole thing and I’m not looking forward to doing it all over again.

I also got to thinking about the general terminology we use to describe relationship dynamics in the workplace. Boss. Manager. Superior. Subordinate. (See above.) Who came up with these?? I have never and will not ever refer to another person as my boss or superior. I’m just not built that way. In using those types of terms you are subconsciously (consciously, for some) indicating that a person is better than you and/or has power over you. Some people may be fine with using those terms but in my opinion, it’s an unhealthy dynamic. As you think, you will speak. As you speak, you will do. Ever heard of the phrase, speaking truth to power? Well, when the words you use are demeaning to yourself or others, those words will manifest as beliefs and actions.

Some may say I’m taking this too far but think about it. If you are currently using any of these terms in the workplace, try to stop using them, in both written and verbal communication. Remove them from official documentation, policies and procedures. When people stop hearing and seeing these and other similar words that denote an unnecessary and unbalanced power dynamic, I believe we will see a significant shift for the better. (Hierarchy may be necessary for the purpose of organizational structure but that doesn’t mean it has to be part of the organizational culture.)

Your assignment, should you choose to accept it, is to be a change agent and turn your performance management process that doesn’t work (trust me, it doesn’t) into a performance development process. I’m sure morale and productivity among your employees will begin to improve, even if it isn’t bad to start with. And if it doesn’t, at lease you tried. If it’s not within your purview to change terminology and processes and/or shift culture on an organizational level, try doing it on a department level or on a team level. Whether you effect change on an organizational, departmental or individual level, every journey begins with a single step. Never forget, WORDS MATTER. 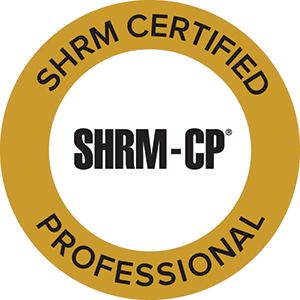 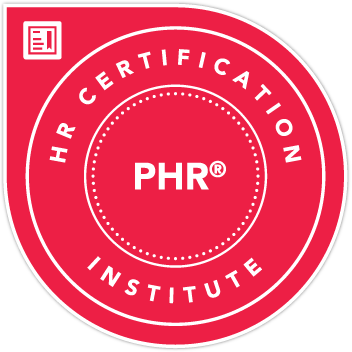 A little over six months ago I received a phone call that would change my life forever. My younger daughter had passed away unexpectedly. The last six months have been a rollercoaster ride of grief, anger and guilt that I don't see ending anytime soon.
Some folks believe #MentalHealth challenges only happen to certain types of people and are a sign of weakness. Nothing could be further from the truth. We all remember when #SimoneBiles had to take a break to care for her mental health. It was something that got folks talking about the pros & cons of taking time from work and the expectations of others to take care of yourself. Ms. Biles will be speaking about this decision at #WorkHuman Live - the premier #HR conference for folks who want to make work more human.
It's #InternationalWomensDay and we're talking about breaking the #bias. Our perceptions are influenced by our biases. So when someone tells you that PERCEPTION IS REALITY, they're lying. #HR #leadership #diversity #inclusion #equity #BreakTheBias #RasberryConsultingLLC
Much ❤️ to @fowaa_beads for these lovely gifts! To some she may just be a Sr. HR & Operations Coordinator. But to ME, she's an incredibly beautiful, talented, kind, capable and creative individual who I'm grateful to have had on my team and to know in general. As soon as she gets the hang of telling foolish folks "NO", the sky will be the limit. 😉
Loading Comments...
%d bloggers like this: